Roberto Guzman, an English professor at University of Puerto Rico, explains in his Ted Talk a problem that is  well-known to English teachers. He says

“I love my job, But I was frustrated with myself, and I was frustrated with my students. And it wasn’t anything my students were doing wrong. On paper, they were learning English. I would give them tests, And they’d know everything about pronouns, adjectives, syntax, grammar. You name it, they knew it. And they could prove it by passing the tests in writing. However, when I tried to have a conversation with my students, When I tried to have just a casual conversation, I would get this deer-in-the-headlights look. And then they would go into what I call “Porky Pig Syndrome.” It just wasn’t working. And I was frustrated because I said, “I can’t do this.”. These young men and women, when they graduate, They’re going to go into a work environment. In which they are expected to think at higher levels of cognition. They’re expected to analyze, to synthesize, to evaluate, And they have to do it in a language that is not their first language, In English. And I wanted them to be there. And what happened was that I started experimenting with this and that, And after a while, I developed a system which I think worked. I call it “Teaching English without teaching English.“.

In our English classes there is frequently a huge gap between writing and speaking and between grammar knowledge and production. The model suggested by Guzman has some well estabilished practice and some innovative ideas. It’s based on the following points.

Roberto Guzman talks about a ‘system’ that consists of three steps:

These are basically some of the 21st century skills and they are achieved through a focus on content/meaning, where the form is just a by-product.

For lower levels guessing games are perfect to start developing critical thinking and express ideas in a foreign language. Some examples can be “guess my job”, “guess who” , “guess the word”.For higher levels the teacher can organise conversation opportunities starting from a hot topic, a podcast, a newspaper article (see our articles “Teaching with podcasts” and “Teaching with newspapers – Case study: US elections and transition“).

A great activity to teach English without teaching English and develop 21st century skills is the one that we call “transformation”. It can be used fo all language levels. A recent study1 has shwon how poetry and art can be very similar . “A poem creates visual images in the reader’s mind, just as a painting creates images in the viewer’s eyes. A great painting has much more below the surface than the first impression. When a viewer is faced with a painting, the audience is presumably required to interpret the elements provided by decoding and then constructing meaning by encoding”2 […] It has been argued that the idea of turning poetry into painting should be interdisciplinary, as well as mentally challenging and creative” 3
And again:“Mare explored whether or not visual images and works of art can be “read,” and raised important questions as to whether the description and interpretation of a work of visual art can be referred to as the “reading” of that work.”4
This activity of turning poems into art is not only good to teach English and practice 21st century skills but also for interdisciplinary projects. As you’ll se from the picture.5 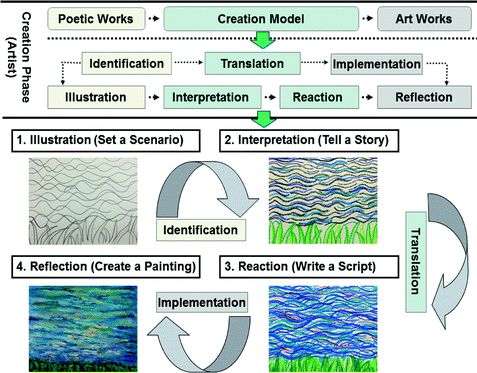 This activity of transformation involves many skills.

First of all your students will read, understand and analyze the poem. After that they’ll be asked to interpret and translate the poem into a painting. At this stage you can choos whether to leave them the freedom to choose a random painting, to paint thei own or to use one of the paintings they have studied for art history. The final stage of this activity is to ask your students to describe and explain the painting they’ve chosen or produced.

Escape rooms are perfect to implement these 21st century skills. Choose a topic, create your escape room and let your students enjoy the lesson! Here you’ll find some useful websites to create Escape rooms for your English class.

Save the best for last

God Save The Queen

What you remember saves you